Robert Ellsberg, a former editor of the Catholic Worker newspaper who knew Day personally,  has written extensively about her life and work and has edited her diaries and correspondence.  He is also the author of several books on the lives and significance of saints throughout the centuries.  In a talk at New York University, marking the centenary of Day’s birth on November 8, 1997, Ellsberg quoted Simone Weil’s observation that “today it is not nearly enough merely to be a saint, but we must have the saintliness demanded by the present moment.”

Ellsberg suggested that if we are to regard Dorothy Day as a saint, we need to discern the particular gifts she offers to the Church and world now.  He summarizes these as:

Following are excerpts from his talk.

Dorothy herself was aware of the need for a new type of saint.  Describing her youthful thoughts on this subject she wrote:

Whatever I had read as a child about the saints had thrilled me.  I could see the nobility of giving one’s life for the sick, the maimed, the leper.  Priests and Sisters the world over could be working for the littlest ones of Christ, and my heart stirred at their work.  But there was another question in my mind.  Why was so much done in remedying the evil instead of avoiding it in the first place?…  Where were the saints to try to change the social order, not just to minister to the slaves, but to do away with slavery?

In effect, Dorothy’s vocation took form around this challenge.  And I would cite this as her first great gift to the Church.  It was her vocation to join charity with justice.  It was in search of this vocation that she prayed at the Shrine of the Immaculate Conception in 1932 that “some way would open up for me to use what talents I possessed for my fellow workers, for the poor.”  She longed, as she put it, “to make a synthesis reconciling body and soul, this world and the next…”

Dorothy devoted her life to the works of mercy:  feeding the hungry, clothing the naked, sheltering the homeless.…  But she went further.  She set herself  “against a social order which made so much charity in the present sense of the word necessary.”  In other words, she combined the practice of charity with the struggle for justice.  This has always caused controversy.  As Dom Helder Camara [Brazilian Catholic archbishop who brought a "preferential option for the poor"  to the center of Christian social thinking] once said:  “When I give food to the hungry they call me a saint; when I ask why the poor are hungry they call me a communist.” 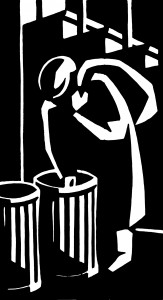 It is this conjunction of charity and justice that made many people uncomfortable with Dorothy in her lifetime, as today it makes some uncomfortable with calling her a saint.  But I believe that on this path she created a new model of discipleship, a new model of holiness, a new way of being a saint that combines what [Charles] Peguy called the mystical and the political.  Dorothy did more than anyone to win credibility for this path.  In so doing, she represented an aspect of the saintliness demanded by the present moment.

The second great gift of Dorothy Day to the Church was undoubtedly her commitment to the ideal of Gospel nonviolence.  This ideal was widely recognized in the early Church.  But after the conversion of Constantine, it was effectively effaced by just-war teaching.  For years, in season and out, Dorothy was a solitary prophet insisting on the literal meaning of Jesus’ words, “Love your enemies.  Do good to them that persecute you.”

Dorothy believed that Jesus had come to offer a radical new definition of love as the ultimate law of our lives.  “A new commandment I give you, that you love one another as I have loved you.”  It was a new commandment, for the love exemplified on the Cross extended beyond friends and those on our side.  Jesus had left us a definition of nonviolence, not only in his words, but in the manner of his life.  By his death and resurrection he had converted the Cross, a sign of defeat, into a symbol of life and hope.  And he had come to substitute the Cross for the sword or the bomb as an effective instrument of liberation and justice.

By maintaining this witness through one war after another, Dorothy challenged and enlarged the conscience of the Church.  Because of her, the Church has been challenged to assume a more prophetic role in the vindication of life, and the word Christian has grown that much closer to recovering its original signification of Peacemaker.  For this gift, Dorothy Day should be canonized.

The list of saints is notoriously weak on presenting models of holiness among the laity.  This points to a third great gift of Dorothy Day.  Here was a laywoman — long before such things were heard of — who assumed the leadership of a lay apostolic movement of men and women.  At the time when she and Peter Maurin established the Catholic Worker, it was assumed that such a Catholic movement must inevitably be authorized or directed by the hierarchy.  Dorothy operated out of a different model of the Church.  She sought no permission before living out the radical implications of her faith.  She held no office in the Church.  And yet she came to claim an authority that owed nothing to institutional power or official status.  It was simply rooted in her courage, integrity, and faithfulness to the Gospel.

Another point deserves emphasis here.  When the church does occasionally canonize laypeople, these are often men or women who, in their life experience and spirituality, were virtually indistinguishable from monks or nuns.  In Dorothy Day we have a saint who truly experienced the joys and sorrows of family life, of motherhood, and life in a somewhat raucous and mixed community.  This is a saint whose conversion was prompted by the experience of pregnancy and the joy of love.

Although her conversion ultimately required that she part from the father of her child, this was not because she disdained married life, but because she felt such a strong commitment to the sacramental meaning of marriage.  Here too is where she forged her “synthesis of body and soul, this world and the next.”  For Dorothy all things in nature were the potential channels of grace.  This strong sacramental instinct was rooted, ultimately, in the central mystery of Christianity, the doctrine of the Incarnation.  Dorothy’s distinctive spirituality was based on the radical implications of this doctrine.  In her development of these implications lay yet another of her essential gifts to the Church.

As Dorothy saw it, God had entered our flesh and our history, and had left the imprint of divinity all around us.  All life was hallowed.  God was present in our neighbors, especially in the disguise of those in need.  It was Dorothy, more than anyone of our time, who rediscovered the plain challenge of Jesus’ words, “Inasmuch as you did this for the least of my brothers and sisters, you did it for me.” 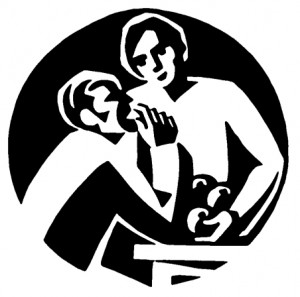 For all these gifts and for all she taught us with her words and deeds … Dorothy Day is an authentic saint who speaks to the demands of our time.  Ironically, this is now more the case than in her own lifetime.  Throughout much of her life Dorothy was regarded as a venerable but controversial figure somewhere on the margins of the Church.  That is no longer so.  Now at a time when the American Church is itself so widely polarized between contending camps, Dorothy Day may be the true saint for what Cardinal [Joseph] Bernardin called “the common ground.”

Her strong emphasis on the primacy of conscience, her courage in resisting war and injustice, and her solidarity with the oppressed, made her a beloved figure to the left.  But these positions were combined with pious adherence to Catholic moral teaching and a strong respect for the magisterium….  Dorothy, in short, is not easily claimed by either liberals or conservatives.  Ultimately she represented something more radical.  And she reminded us that we, too, are called to something much more radical than our identity as champions of tradition or partisans of reform.  Ultimately we are called to be saints.