A Woman of Conscience

Dorothy Day was an intensely passionate person.  As a girl in Chicago, she began reading books that roused her conscience.  Upton Sinclair’s novel, The Jungle, led her to take long walks through the teeming slums and stockyards of the South Side, wheeling her baby brother John.  She developed a gift for discovering beauty in desolation.  Later, as a young woman living on New York’s Lower East Side, Dorothy would revel in the smells of roasting coffee, garlic, olive oil, the sight of geraniums and tomato plants, of blades of grass shooting up in the cracks of broken sidewalks.  “Here,” she said, “was enough beauty to satisfy me.”

She loved literature, especially Tolstoy and Dostoyevsky.  Often she would quote Father Zossima in The Brothers Karamazov, explaining what real love is: “Love in action is a harsh and dreadful thing compared to love in dreams; active love is labor and fortitude.”  Through her conversion, she found love in God, a love that was actualized in her life with the poor.

As Cesar Chavez wrote following Day’s death, “We in the farm worker’s movement will miss her.  She was for us a kind of beacon, a lighthouse, showing the way of faith in an unclear, turbulent world.  She was always there, always true to her deep spirituality, always close to the poor.  If we lost touch with her chosen way of living her faith, then it was time to examine what we were doing.”

Day’s “chosen way of living her faith” did not come cheaply or travel a clearly marked path.  Patrick Coy, the editor of an anthology on the Catholic Worker movement, has written about how her conscience evolved and was later sustained by her incarnational spirituality.

Following are excerpts from his Summer of 1987 article appearing in Spirituality Today.

Day’s “chosen way of living her faith” was arrived at with great cost.  At the age of eighteen, with two years of college at the University of Illinois behind her, Dorothy followed her family when they moved to New York City.  She became involved in radical politics, lived on the Lower East Side, and worked on a succession of radical papers and journals — The Masses, The Call, and others.  She called communists, atheists, anarchists and wobblies her compatriots; she carried her own membership in the I.W.W. [attracted by its slogan, "an injury to one is an injury to all"], and had joined the Socialist party while in Urbana, Illinois.  But while young Day found the bohemian life exciting, she also came face to face with a certain emptiness, a loneliness which would stalk her the remainder of her days.  It would, in fact, become the title of her classic spiritual autobiography — The Long Loneliness.

This spiritual hunger made a profound and disquieting entrance into her life in November of 1917 when she was imprisoned for fifteen days in the infamous Occoquan, Virginia, Women’s Federal Prison.  She had been arrested for picketing at the White House on behalf of women’s suffrage.  A full ten of those fifteen days were spent on a hunger strike in a successful attempt to gain status as a “political prisoner.”  This, long before Gandhi taught the world the merits of public fasting as a nonviolent strategy.  Day was imprisoned seven times for acts of nonviolent civil disobedience.  Her prison writings rank among the most moving of that genre of American literature. 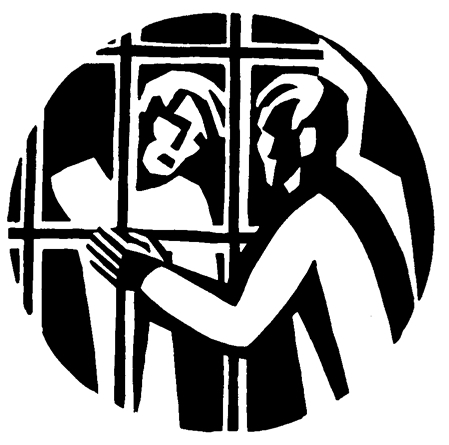 From Union Square to Rome is Day’s apologetic for her conversion to Catholicism.  It was addressed to her communist brothers and sisters, and made the case for the primacy of the spiritual over the material.  She says it took her over a year to write this rather slim book of 173 pages.  It was a painful, wrenching process….It was painful because she knew that many of her friends saw the Christian church — the Catholic Church in particular — to be a hindrance to the liberation of the oppressed.

For Day, however, the Church was the only avenue which addressed her own existential longings for transcendent meaning, and provided a framework within which to serve the poor and work for change.  As her prison writings say:

I felt this despair when I lay there in jail for fifteen days, contemplating the fundamental misery of human existence, a misery which would remain even if social justice were achieved and a state of Utopia prevailed.  For you cannot pace the floor of a barred cell, or lie on your back on a hard cot watching a gleam of sunlight travel slowly, oh, so slowly, across the room, without coming to the realization that until the heart and soul of humankind is changed, there is no hope of happiness for us.

The imprisoned Dorothy Day was young.  It would be a full ten years before she would definitely respond in full faith to this relentless divine call, the call Francis Thompson referred to in his famous poem The Hound of Heaven — a poem often recited to Dorothy by her friend Eugene O’Neill during the early morning hours in a Greenwich Village bar.  Those ten years would bring a stormy relationship with an older writer, an abortion in a futile and misguided attempt to gain and keep his love, a hasty and brief marriage entered into when the first relationship failed, life overseas, and work as a nurse during the influenza outbreak of 1917-18.  She also had a series of reporting jobs, and wrote an autobiographical novel whose movie rights brought her a tidy sum, resulting in the purchase of a cottage on Staten Island.  The period would end with a happy life on the beach, in common law marriage with a biologist and adamant anarchist named Forster Batterham.

Like so much else and so many others in the American experience, it was Day’s profound encounter with nature which left an indelible mark on her spirituality.  It was in and through the wondrous mystery of the sea that she came to know of the bountiful love of God.  In due time, God’s revelation in nature, along with her experience of giving birth to her daughter Tamar, would serve as her entry point into Christianity.

Day made these points herself when, at the frail age of seventy-eight, she gave her last public address — a talk before thousands at the Eucharistic Congress in Philadelphia on August 6, 1976 (Hiroshima day, an appropriate irony not overlooked by the venerable pacifist in her talk!).  She said:  “My conversion began…at a time when the material world began to speak in my heart of God…of a Creator who satisfied all our hungers.”

Day’s joy in nature was brought full circle and made complete when she discovered she was pregnant.  [Dorothy believed that her abortion had rendered her sterile.  She was so overjoyed by Tamar's birth that she writes almost ecstatically about the experience.  In contrast, she did not talk readily about her abortion.  A private person, she would later struggle with entrusting her personal papers to biographer William Miller, leading to its broader disclosure.  In giving them over, she remarked sternly, "It's all true."]

Yet it would be difficult to overstate the turmoil and trauma that her entry into motherhood would eventually cause her.  She knew joy.  As she often said, her life with Forster brought her great “natural happiness.”  But she had always been a searcher, one who was willing to take the risk and answer the still small voice within her.  Someone who knew her well during her days at the old Masses said, “Everyone agreed that what distinguished Dorothy was the intensity of her ‘seeking’.”  Now, with the birth of Tamar, Dorothy knew her spiritual quest had begun to bear fruit.  Her spontaneous prayers, offered almost reflexively while walking the beaches of Raritain Bay, and little understood even by her at the time, had led her to the threshold of the Christian Church.  Her entry had become inevitable.  Equally inevitable was the loss of her life with Forster [inevitable only in retrospect; she tried for years to convince him to remain together].  A staunch anarchist and atheist, he would not countenance marriage, nor baptism for Tamar or Dorothy.  She knew, too, that her own baptism would demand an end to their common-law marriage.

Throughout her life, as she led the Catholic Worker movement through its first forty-five years, Day had little patience with those in the churches who seemed to water down the difficult demands of the Gospel injunction to love friend and enemy alike.  This should not be surprising; the frequently high cost of discipleship was not a foreign reality to her.  She knew the paralysis of doubt, the temptation to turn back….

It was killing me to think of leaving him.  Fall nights we read a great deal.  Sometimes he went out to dig bait if there were a low tide and the moon was up.  He stayed up late on the pier fishing, and came in smelling of sea-weed and salt air…I loved him in every way, as a wife, as a mother even.  I loved him for all he knew and pitied him for all he didn’t know…I loved his lean cold body as he got into bed smelling of the sea, and I loved his integrity and stubborn pride.

Still, leave him she did.  She was baptized into the Roman Catholic Church at age thirty in December of 1927.  She converted to Catholicism on a gut instinct that it was the Church of the poor.  For five years longer she searched for her niche in this Church.  Nagged by her astute social conscience and her radical background, she saw a Church which seemed to have little to offer the unemployed masses of the early depression years.  But on May 1, 1933, she and Peter Maurin, a French-American street philosopher, co-founded the Catholic Worker paper and movement in New York City.  She found her true home, and for her remaining forty-seven years she would serve the poor and oppressed as the guiding light of the Catholic Worker movement.  Here was a laywoman who had found a way to live out the Gospel demands and the social teachings of Catholicism.  In the process, she would become a thorn in the side of sleeping Christian consciences everywhere. 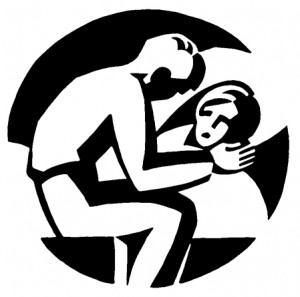